What’s really weird is that someone bearing a scary bizarre resemblance to me has been nominated for
Best Performance in a Feature. Two others have been nominated in this category. The results will be
announced in early November. Making the film was incredible enough, and this nomination is the
icing on the blood pudding. 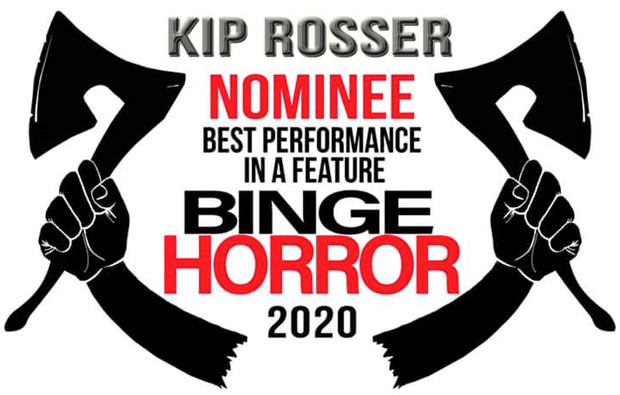